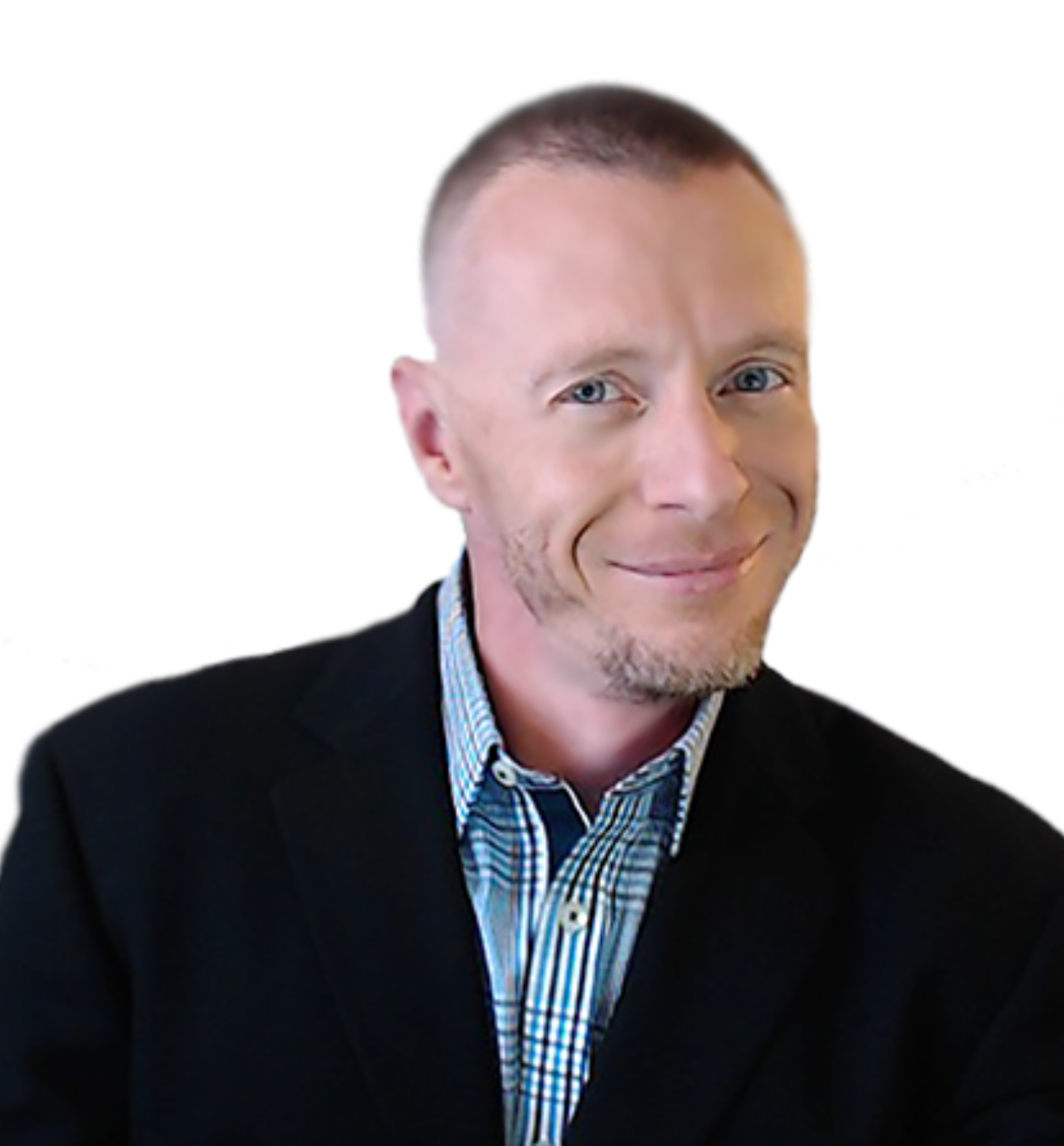 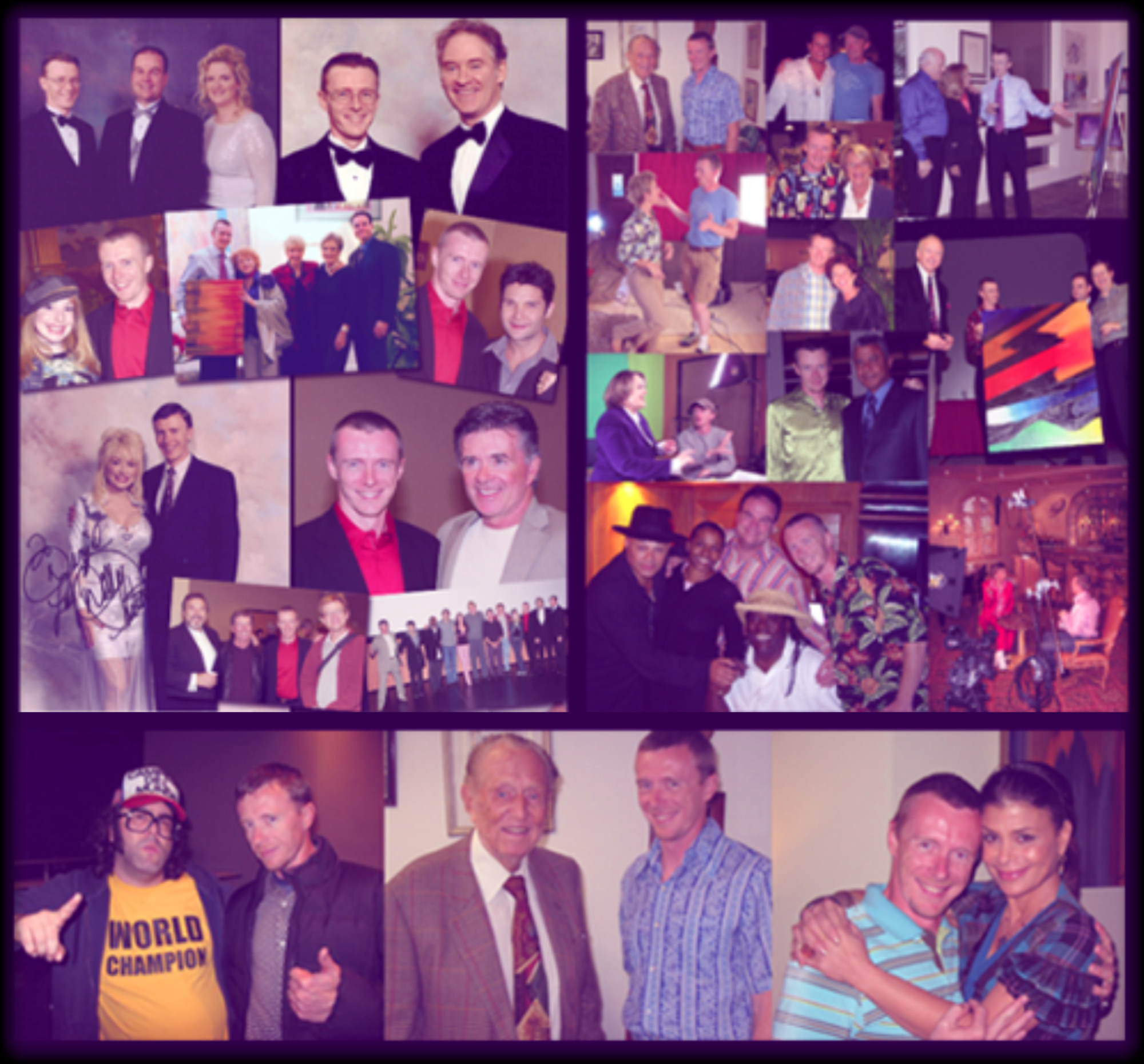 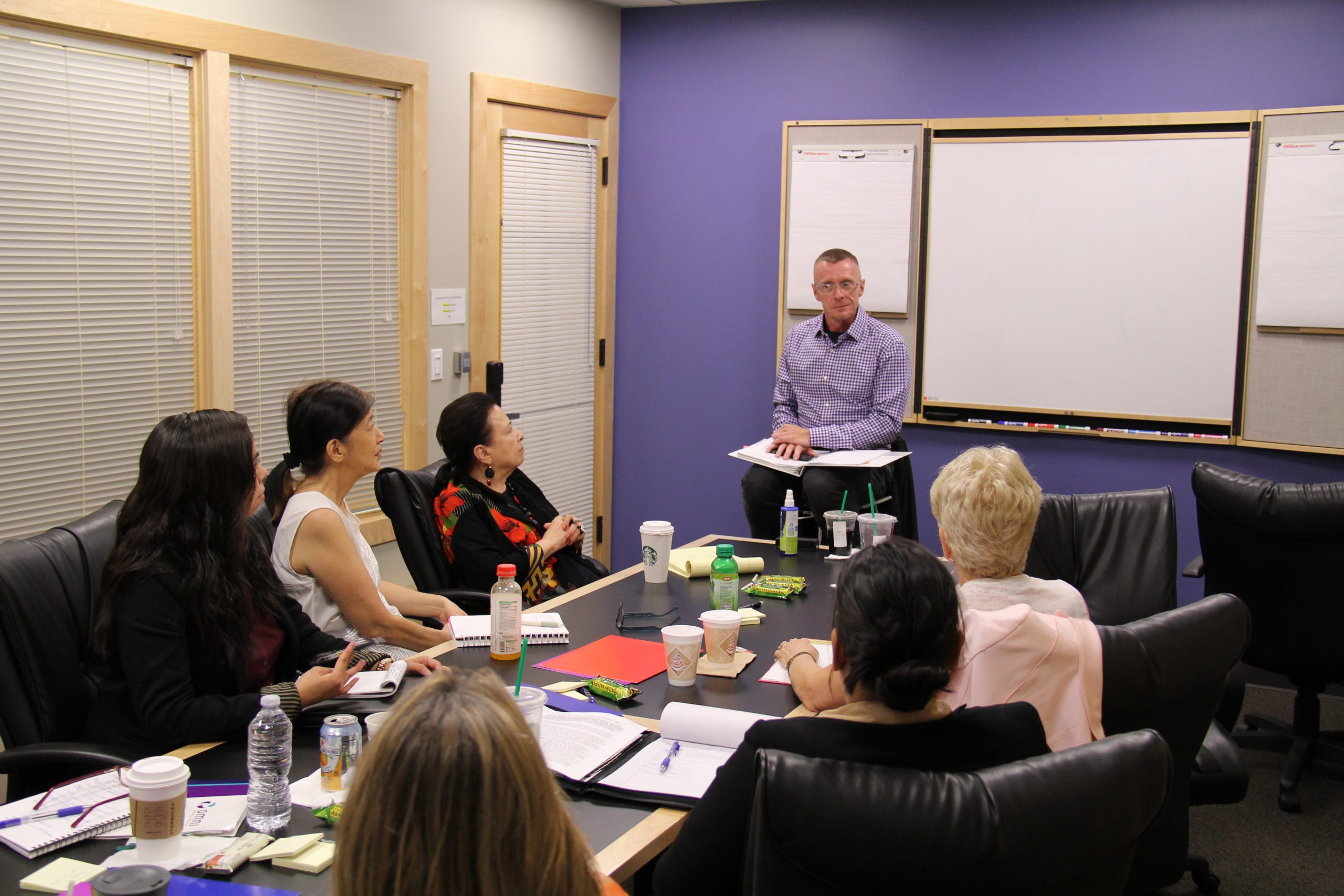 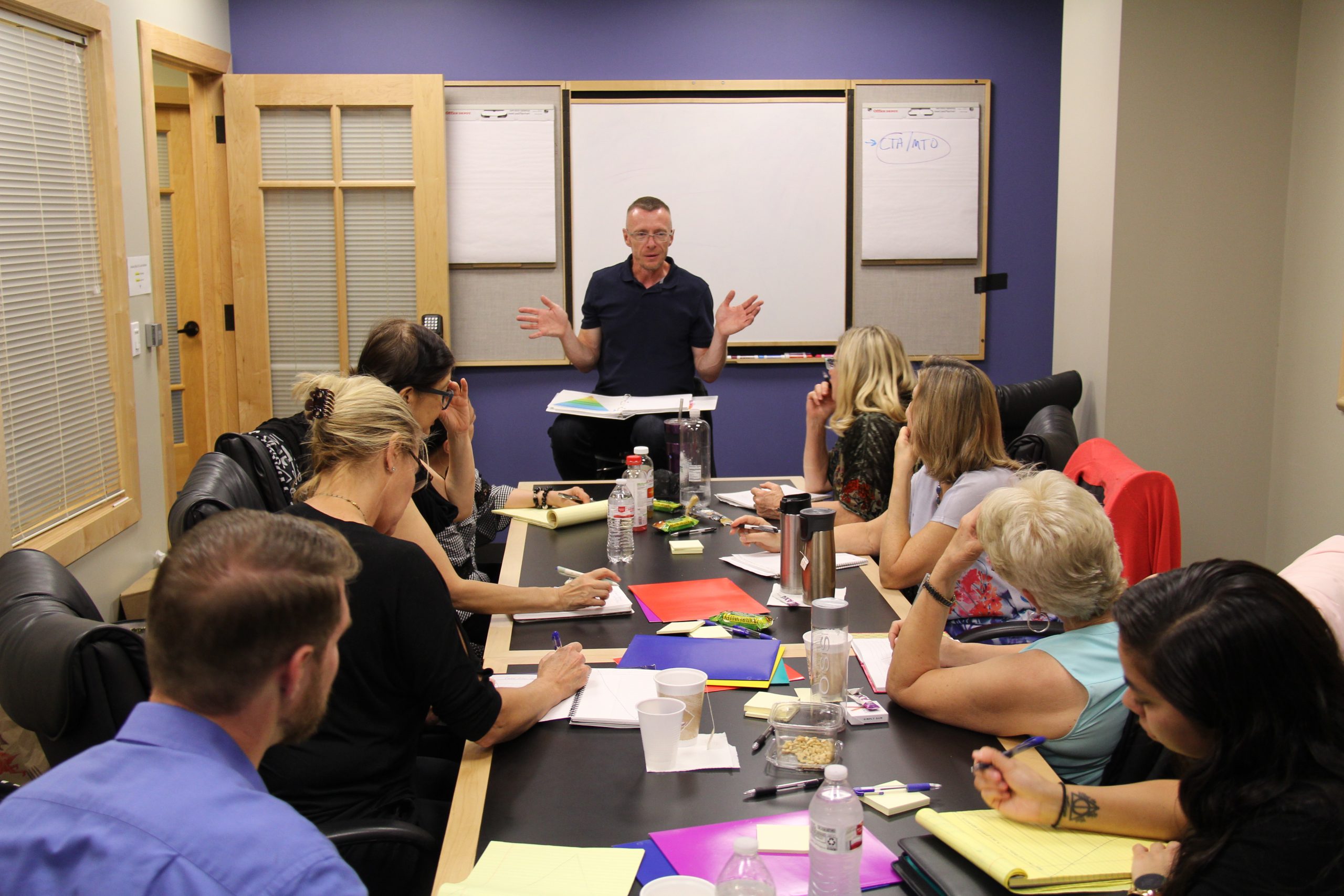 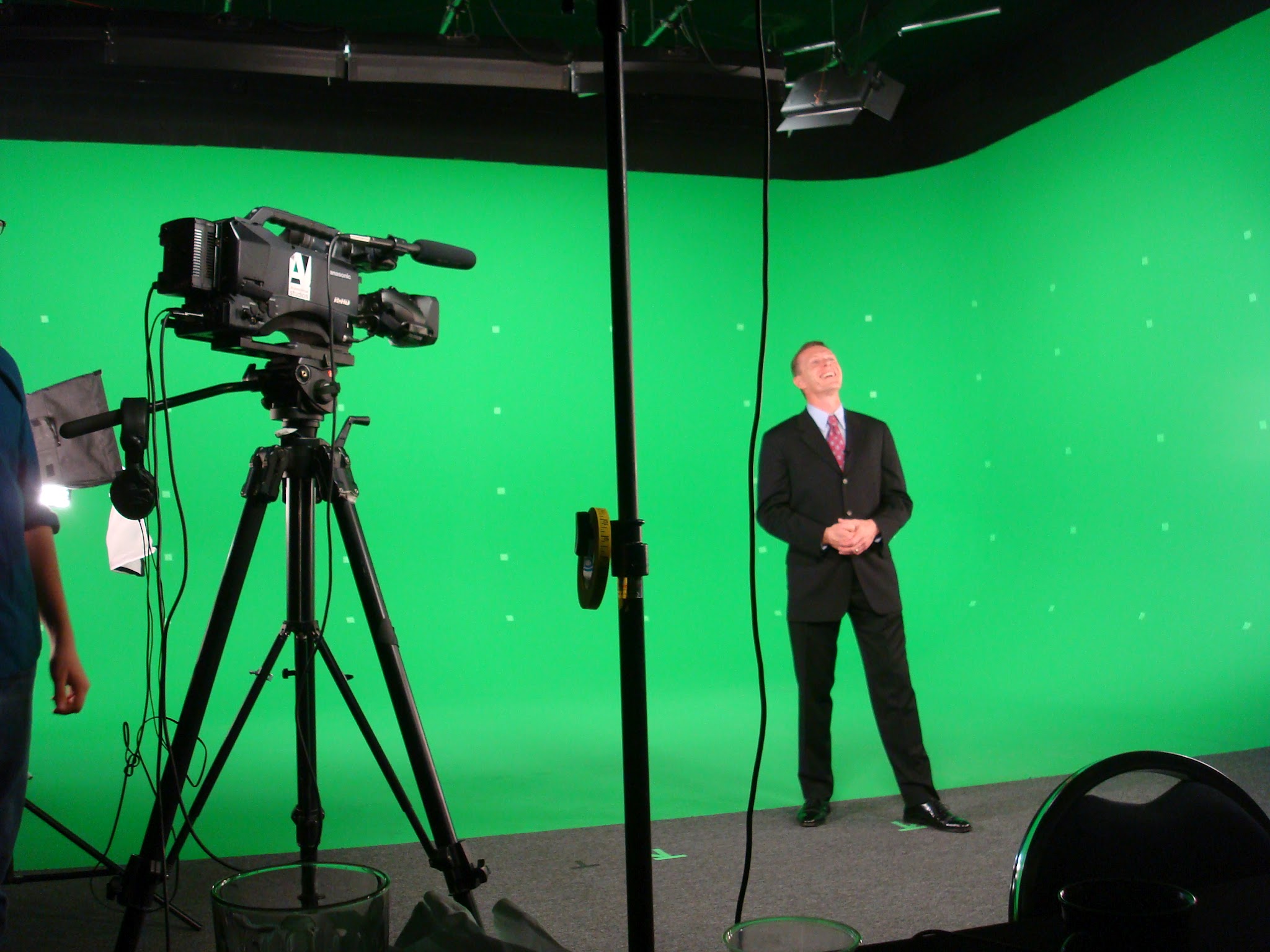 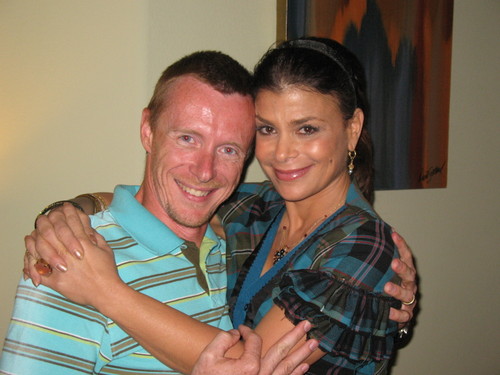 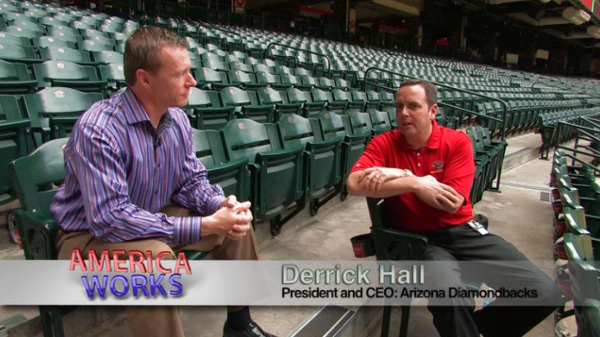 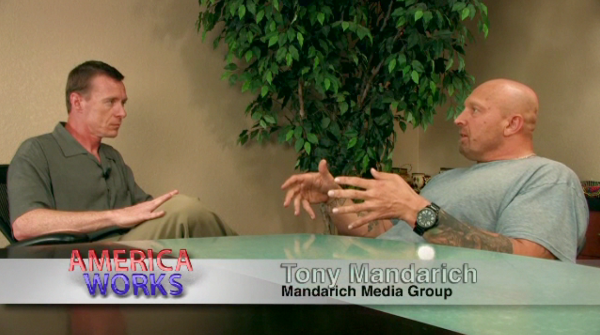 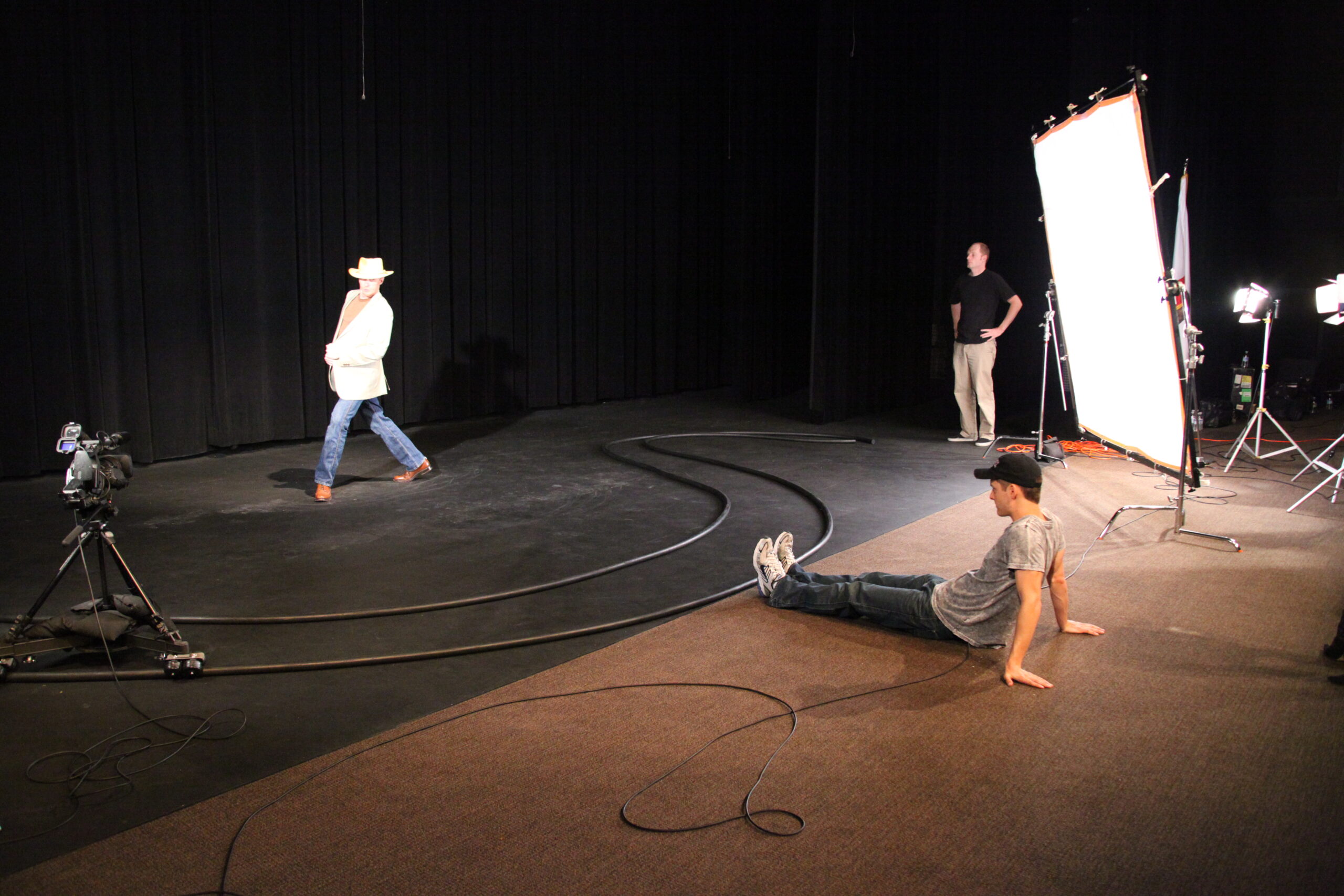 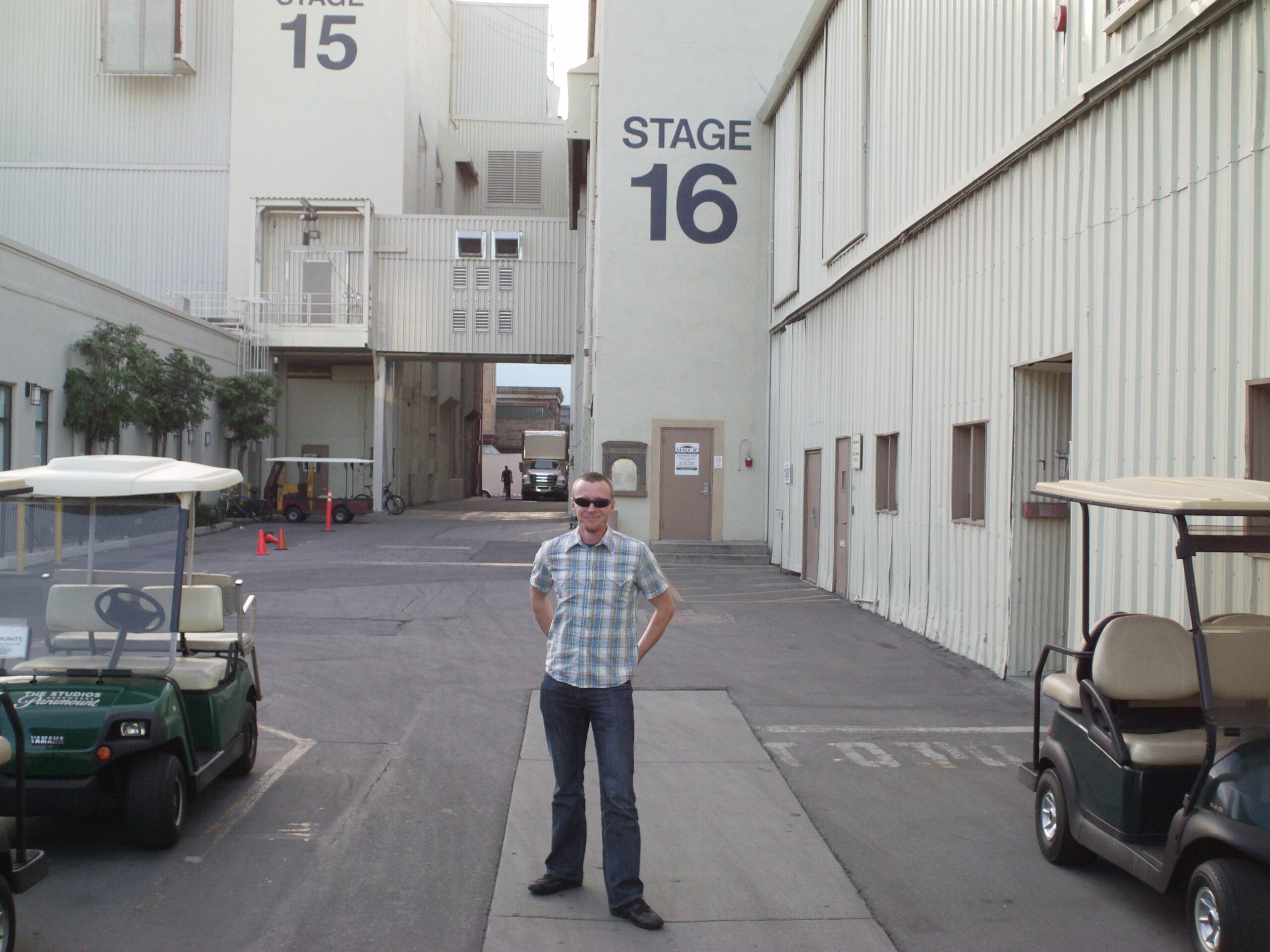 I've always been a creator and I think I've finally found my happy spot.

But it wasn't without "living a little" to find out -- through amazing highs and devastating lows -- what I really wanted to be and do...

During the time when I was 21 - 24, I reengineered the sales and management training programs at Safeway as per "corporate's" request (they wanted to duplicate company-wide how I created the #1 deli department in the company).

But grocery is gritty, so I left that for coffee.

I repeated that kind of success at Starbucks while I was 24 -28 (managing the company's first drive-thru, then the first 24-hour store, and then did a complete turnaround on one of the worst stores in the company and won an award for making it the #1 store with the best P&L in the entire company for labor & inventory controls, and profitability -- my specialties).

After 8 years of retail (and not being able to handle one more Christmas hell season in it), I left retail to become an entrepreneur so I could become healthier, happier, wealthier, and live my dreams on my terms without "corporate" telling me what to do.

Or so I thought.

Meanwhile, at 26, I was diagnosed with terminal cancer given 10 years to live. But at 31, I beat it using all natural methods and a complete change in lifestyle -- using no western medicine of any kind (no chemo, no drugs, no surgery). I've been in remission ever since.

It took longer to heal from clinical depression and codependency, but eventually I beat those, too (at 43), and have been healed, happy, and free ever since.

During my 30s (while still having clinical depression and codependency), I was one of the first investors in Thomas Leonard's CoachVille which started the Life Coaching industry and became the world's largest association and training school for personal development and corporate coaches.

At the time I had just gotten my first 2 consulting clients, LucasFilm and Tribune Media Services. But that didn't last.

9/11 hit and consultants were the first to go.

I remember selling big grocery bags full of my hardback books back to Powell's Books in Portland (where I bought them in the first place) so I'd have money for gas and food. In my teens and 20s, I practically LIVED at Powell's Books!

But after the bankruptcy I was SO POOR! I lived on coffee (that's a meal when you're broke) and spaghetti noodles covered with a 39-cent can of tomato sauce. That was how I ate for 2 years, and I'm still here!

But the good news back then was a 100% healing from my terminal cancer. I'll take it!

After building the biz back up, I did business consulting for and worked with Fortune 100 companies, A-list Hollywood stars, national radio, TV, print, and other media, small business owners, and over 52 different industries as a sales and marketing consultant, and even ended up teaching MBA students at Pepperdine University, Loyola Marymount, and Middlesex University (U.K.).

In my first year in consulting I made $1.1-million "from the platform" ---- literally from one "headline" ("Who else wants...") about what we were selling at the time (TV/film production), so, yeah I proved I can sell to a 100% cold audience, make a million in gross sales, and get 10 years worth of consulting clients, too.

Eventually I got a few investors for one of my "big ideas," and had it valued by one of the top 3 patent attorney firms in the world at $3- to $4-billion (back in 2012). It takes up 21 business process patents.

I also developed TV shows for Discovery, A&E, Disney, and FOX -- who offered to buy them, but I turned them down because they wanted 100% creative control AND they didn't want me attached to the property AND they wanted to turn my shows into "train wreck reality TV" that bashed everyday Americans.

I didn't sell. Bashing good people isn't my thing, and it certainly wasn't anywhere in my version of the shows.

FOX ended up taking one of my ideas after I let the registered trademark lapse and is now doing my show I developed called "America Works" (their version is called "How America Works" on FOX BUSINESS channel.).

Somewhere in my late 30s I was working with HARD ROCK CAFE's head of all the charity programs for the company and wanted to make a music video for the restaurants with a charity tie-in for their charity partners.

They said, "Great! Let's do this!" So, I wrote, performed, and recorded the song produced by Dennis D'Amico, mixed by Jason Corsaro ("Like a Virgin"), choreographed by Broadway's Brad Musgrove, mastered by Disney's Drew Daniels, and co-starring Vicki Van Tassel from Mama Mia (Las Vegas) in the video.

After the project was done and even promoted on FOX NEWS, HARD ROCK CAFE was no longer interested (said I wasn't an A-list rockstar -- which I'm not! HELLO!), so, no distribution in their restaurants and no charity stuff. Why'd they tell me, "Let's do this?" BUMMER!!!

But as the saying goes, "That's show business, folks!"

So... after pitching TV shows to the big boys who wanted to buy 'em but trash 'em, and FOX later taking my show, and HARD ROCK playing a very expensive "come here go away," I was done with Hollywood frying my ass before I even got started. LOL!

After working with the big mucky mucks, hundreds of clients, and thousands of students over 25+ years, I can confidently say I know what works, what doesn't, and who is up to it and who isn't.

But you don't need to have done anything on MY journey of "living a little" (or anyone else's) to become healthier, happier, more prosperous, and more successful in your own life and business.

Showing people how to create and enjoy a better life & business, teaching them the profitable recipes & strategies needed for creating, launching, and growing their own online (or offline) business...

... and also how to heal and stay healed in their health & wellness, too,

and seeing them connect the dots and getting those big AHAs...

It turns out that "living a little" showed me how to not only survive but thrive throughout the journey.

But no matter what you end up doing in life, your health goes with you. I learned BIG lessons about health, wealth, and happiness on my journey thus far.

Although I don't know everything, I've learned a lot. And wouldn't trade nothing for ALL the lessons learned (lessons are ASSETS!).

Which is why I now love teaching what I've learned to people who genuinely want to learn it...

I will show you how to heal and stay healed AND how to make more money... online or offline... in ways you can have fun learning and using... so you can 10x your health, wealth, and happiness for yourself and your business. (yes, I know a little something about personal health & wellness as well as "professional" health & wellness of one's business).

When I'm not doing biz stuff, I enjoy being an artist, writer, musician, performer, producer, and goofing off on comedy improv podcasts, just being quiet and content in my life, my way, as an INTJ. Cheers!

Join my email list to get my best actionable tips, strategies, and resources in the areas of Health & Healing, Mindset & Strategy, Sales & Productivity, Performance & Prosperity, so you can 10x Your Health, Wealth, & Happiness for yourself and your business. 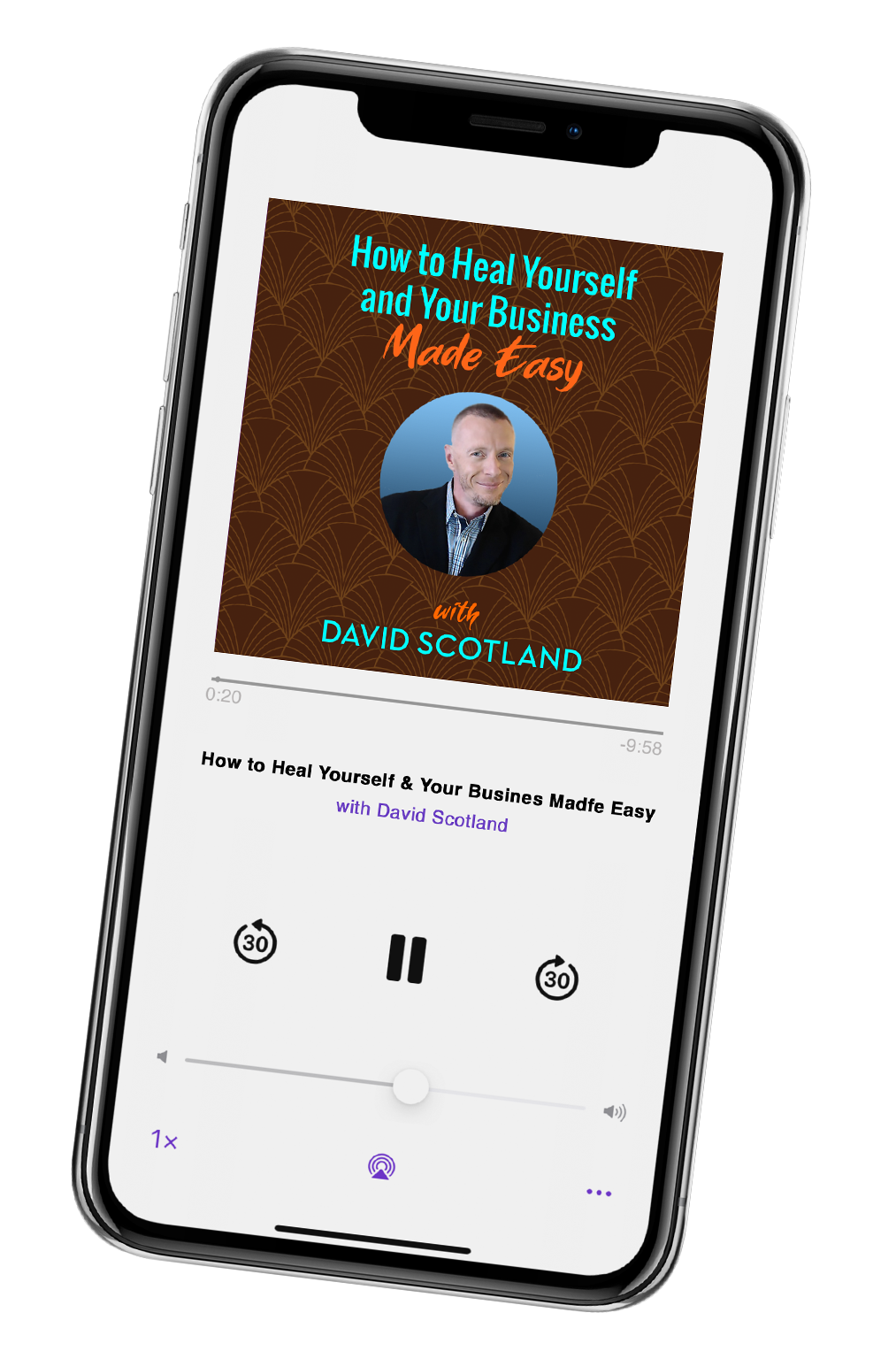 The ongoing podcast series for how to 10x your health, wealth, and happiness so you can start creating, having, and enjoying a 10x better life and business in ways that are 10x faster, easier, safer, and stronger than other methods. 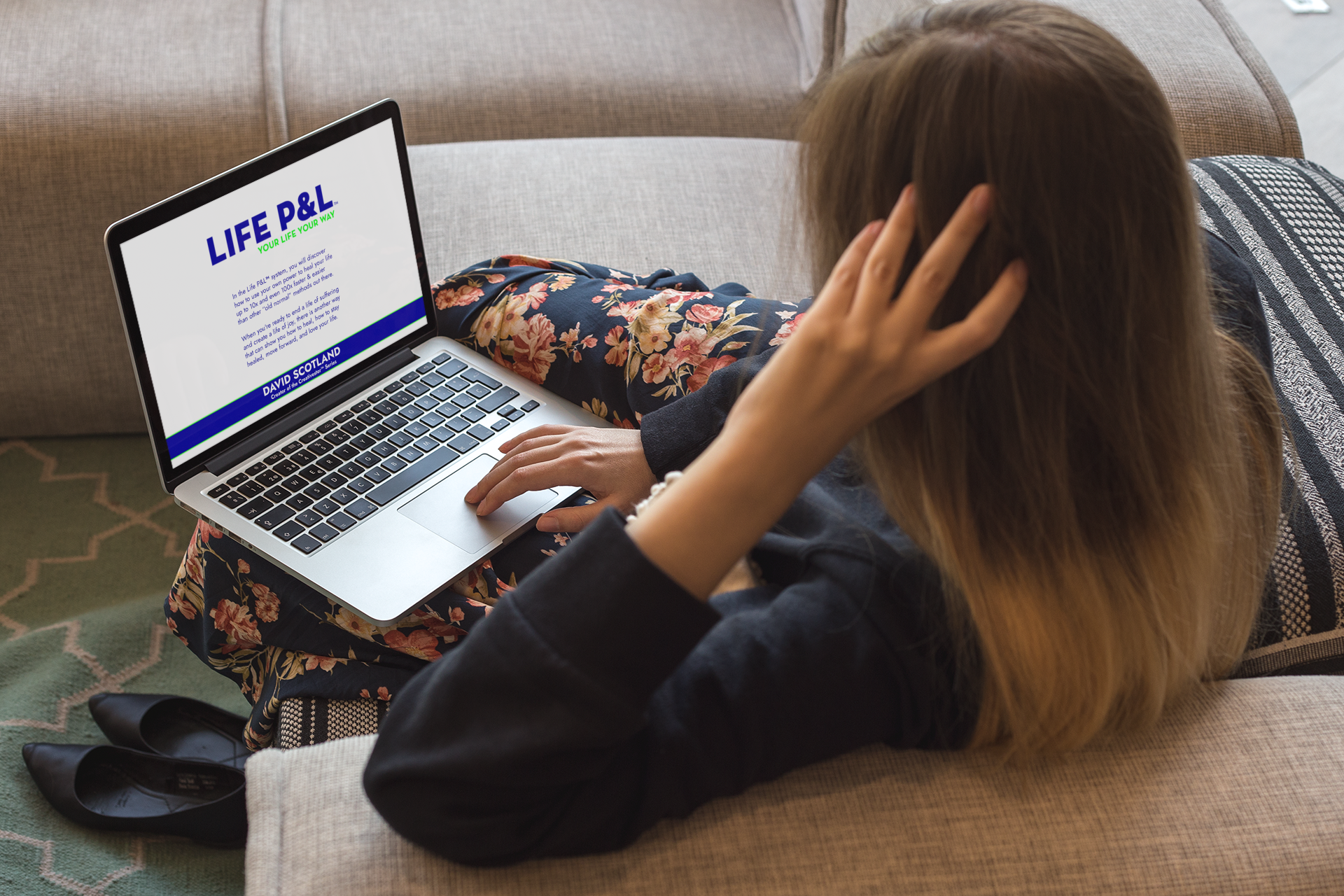 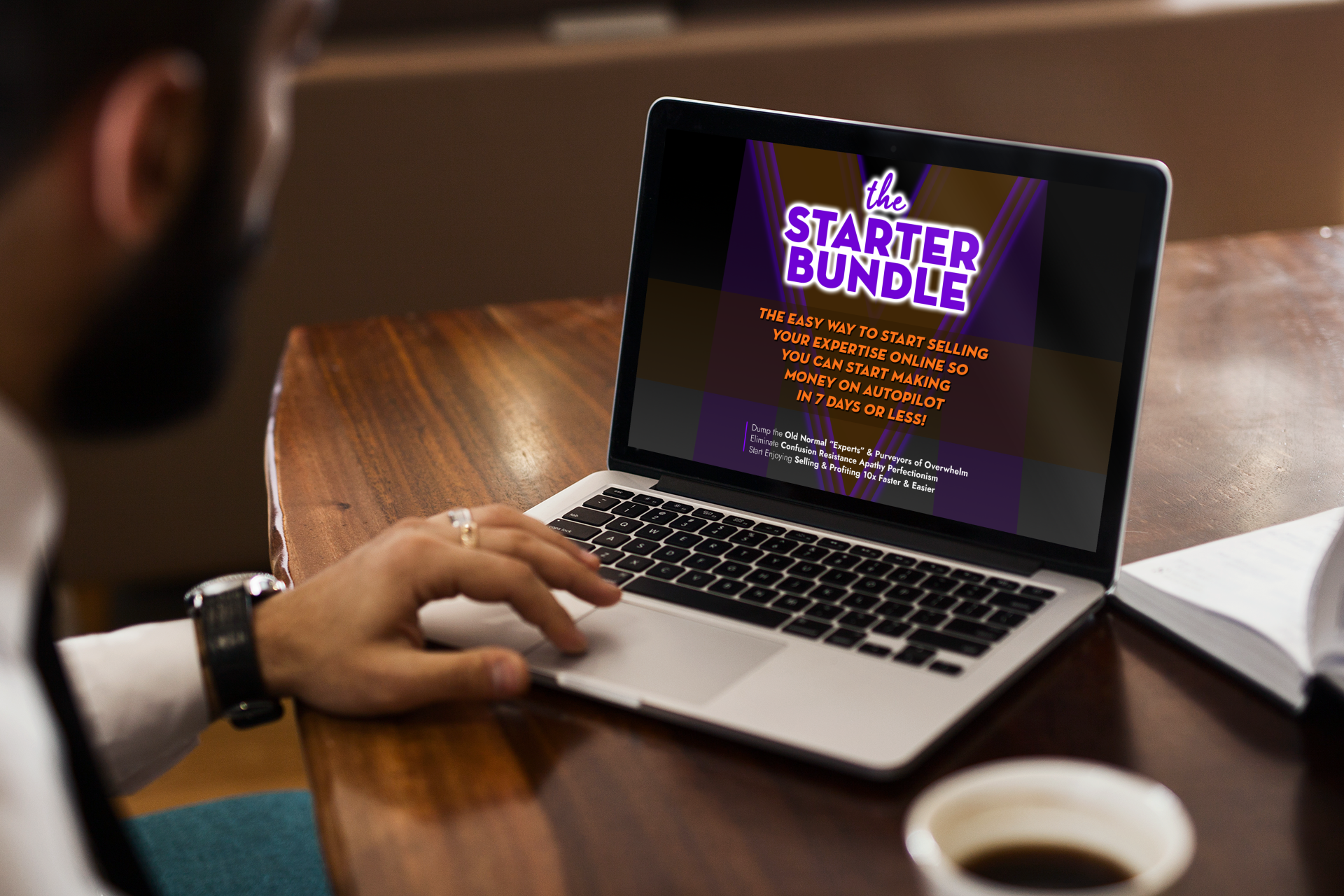